When making “Spartacus” (1960) Director Stanley Kubrick had the corpses in this scene numbered so he could give them direction before taking the numbers away and filming. Ultimately the footage was discarded and the scene reshot in the Studio. 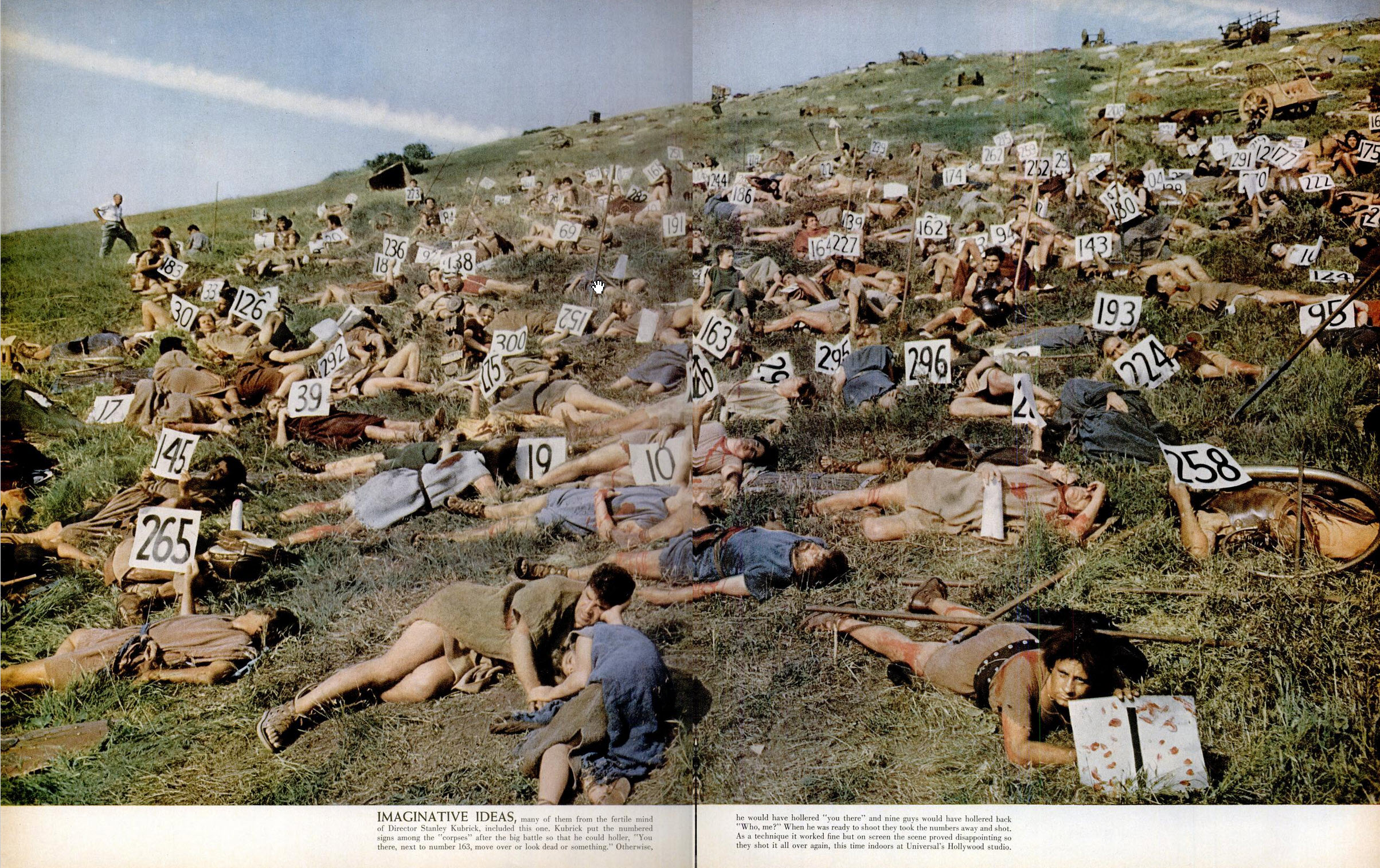